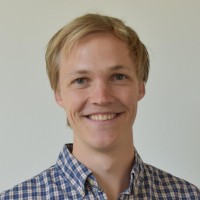 The SMARTerWASH project was a project performed in Ghana by IRC, CWSA, Akvo and SkyFox Limited. The project built on DiMES and the national monitoring framework for Ghana published by CWSA. The project strengthened the national ICT infrastructure by linking different ICT systems for monitoring (CWSA’s DiMES, Akvo’s FLOW and SkyFox’ SMS-based system for tracking functionality and ordering spare parts) and by ensuring interoperability of the systems. The project tested data collection at scale: data for 131 districts (out of 216) were gathered collecting data from 23.000 handpumps and nearly a thousand piped schemes. The data are available through fact sheets and an atlas that is accessible online. There is, mostly anecdotal, evidence that baseline data have been used to inform planning and corrective actions in several districts (see the SMARTerWASH stories). The data have for example been used in 11 districts in the Upper West, Upper East, Western, Brong-Ahafo and Northern Regions to inform District Water and Sanitation Plans (DWSP). The data have also informed repairs and rehabilitation of over 600 boreholes with hand pumps restoring water services to an estimated 180,000 people and have stimulated several District Assemblies to form or reconstitute WSMTs (e.g. reconstitution of 203 WSMTs in Hilton districts and 24 in UNICEF districts).

One workshop to cover everything we ever complained about

This blog is co-written by Abdul Hafiz Koroma, Coordinator at the national WASH Secretariat, Ministry of Public Works, Liberia. The blog post has originally been posted on ircwash.org.

In December 2017, over 60 participants joined a workshop to validate an assessment of the national Monitoring and Evaluation (M&E) system in Liberia. During the workshop, the participants from national and sub-national level institutions became more and more engaged with Country-Led Monitoring (CLM) and seized the opportunity to influence the national M&E system.

The event by all measures was an eye-opener to many who had consistently framed monitoring through the reductive lenses of routine field visits alone. Monitoring both within central and local government coordination platforms has been subjected to weak regimes of “evaluation” and “reporting”. It appears that M&E has been reduced to isolated field visits that are not part of any programme evaluation. In the absence of “evaluation” reports, the goal of improving programme performance and achieving results remains elusive both at the project implementation level and the policy review and formulation strata. Monitoring should be seen as integral and a precursor to evaluation. It is a step towards project and programme appraisal and not an end in itself.

In 2017, the Ministry of Public Works in Liberia led an assessment to make a snapshot of the current M&E system for rural water and sanitation. The process known as “Country-Led Monitoring” essentially charts a process that enables the Ministry and its partners to discuss and plan for an improved system for routine monitoring of services, thereby pushing better resource planning and coordination to improve WASH services.